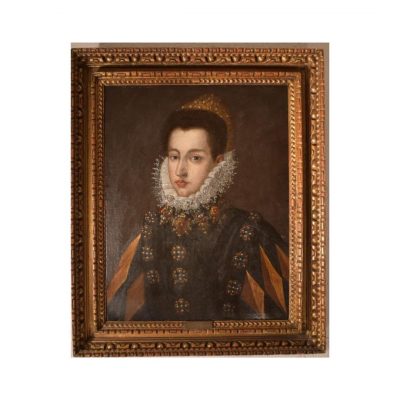 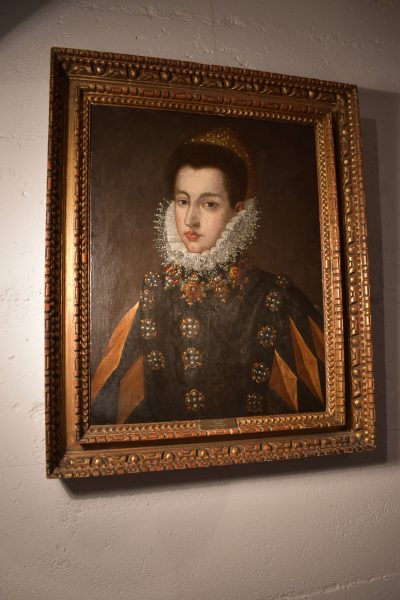 Alonso Sanchez Coello (c.1531-August 8, 1588) was an Iberian portrait painter of the Spanish and Portuguese Renaissance. He is mainly known for his portraits executed in a style which combines the objectivity of the Flemish tradition with the sensuality of Venetian painting. Coello was the court painter to Phillip II of Spain.
My painting expert who has long been a fan of Coello, fells that this particular painting is likely a 17th century version of the master’s work. Portraiture of the aristocracy was a typical form and the young royal seated here is not only a representation of a woman, but not so subtly a presentation of lavish period costume and make up. The ruffed collar or goffered frill was a strong fashion statement from the mid-16th century to the early 17th century. The later Spanish style frame has a brass attribution plate.
H 29.5″. w. 24″, d. 3″