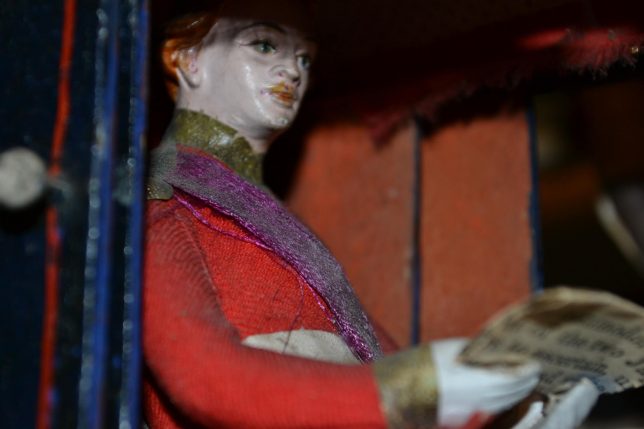 We offer this 19th century Anglo-Indian model of a palanquin for your enjoyment and transportation planning.  Forego the machinery of the 21st century and make style your priority for the new year. Within the sedan is a seated British officer reading his favorite journal. All figures and costumes are carefully rendered and in good condition. H. 9″, w. 21.5″, d. 8.5″. $1200.

Note:A palanquin is a covered litter, usually for one passenger.  The word is derived from the Sanskrit palyanka, meaning bed or couch. It is carried by an even number of bearers (between two and eight, but most commonly four) by means of a pole projecting fore and aft. There were doors on both sides of the sedan. Known as Beharas, the bearers were of a special caste or class.